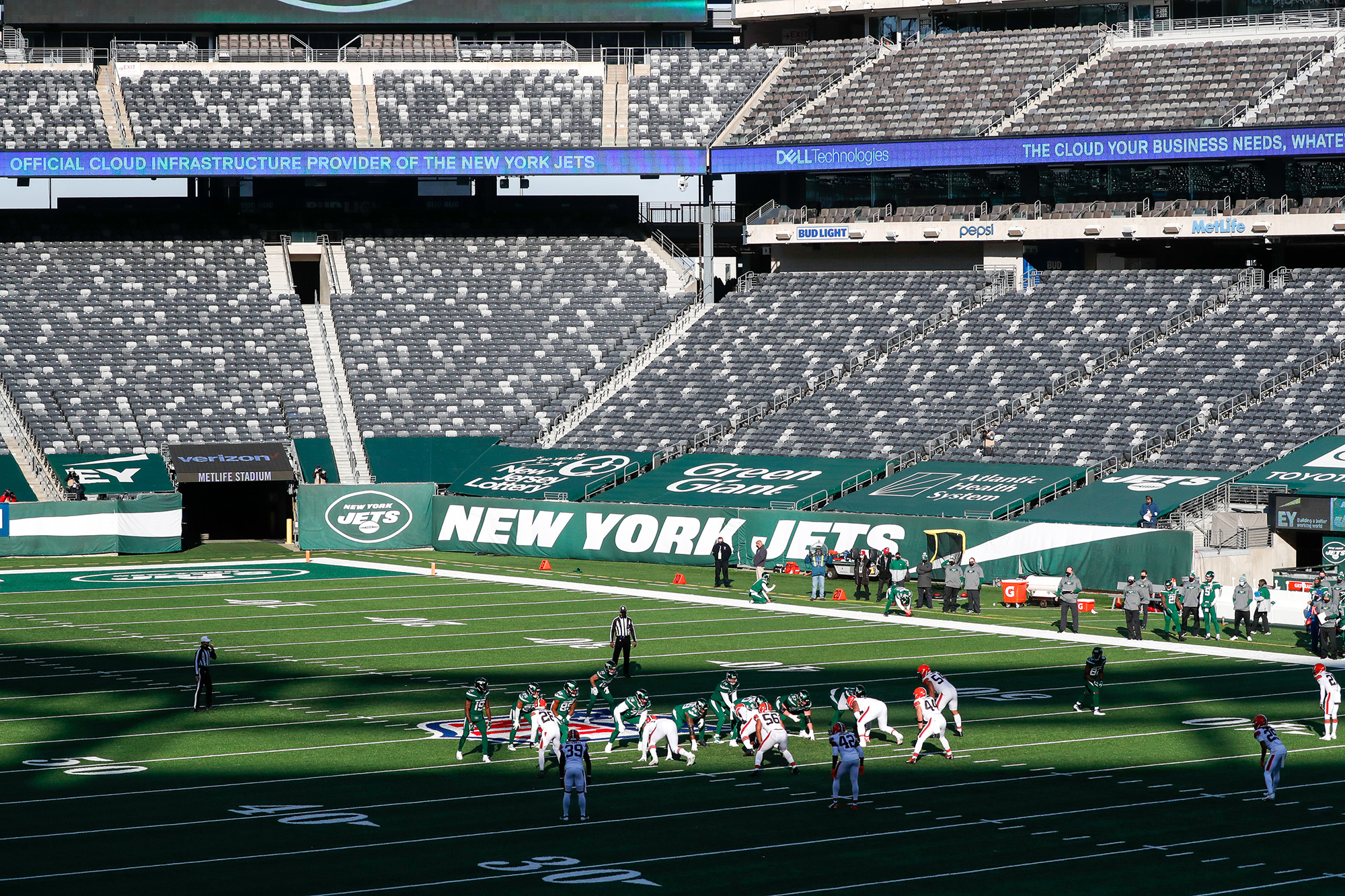 The fans return, in limited numbers, on Tuesday. Good for you if you are one of the 4,000 or so who will be allowed inside Madison Square Garden and Barclays Center that night. Good for the Knicks and Nets, both of whom have had seasons in which they have deserved to bask in spectator adulation (and, sure, absorb the occasional reservoir of boos).

Since June, when sports began to trickle back to us, it has been a strange sensory study: How much do mostly (and, around here, entirely) empty stadiums subtract from the overall viewing experience? In some ways, the difference has felt minimal; in others it is a gaping, dreadful hole. We’ve been through it all. We’ve watched it all. Which has been best? Which has been worst?

Here’s one man’s ranking of all of that. I am most curious what other men’s (and women’s) perspectives have been.

Maybe there are better ways to introduce yourself to a new fan base, but Taijuan Walker posting a bottle of GTS 2018 Cabernet Sauvignon from the Seaver Vineyards looks to be the new gold standard from where I sit.

It’s freezing, and it feels like we’re living in a real-life snow globe … but knowing that DJ LeMahieu will soon be spraying line drives into the Tampa sunshine makes it all seem 25 percent more bearable, somehow.

Whack Back at Vac

Larry Wigbels: Remember “Spahn and Sain & pray for rain” or “Tanana and Ryan & two days of cryin’?” With the 2021 Yankees we’ve got “Cole … and then the Black Hole.”

Vac: Note to self: Try to figure out words that rhyme with “Kluber” and “Taillon” in the next few months, just in case.

Sam Tee: For all the talk of New York not being a college sports town, there’s still a certain buzz when St. John’s is winning games.

Vac: The Johnnies are the exception to the rule, and a welcome one. If they ever become top-10 regulars again, you’ll want to be at the Garden for every big game again, just like back in the day.

@scottwilli75: If someone has to wear Naismith Hall of Famer Carl Braun’s No. 4 jersey at least it’s a real player like Derrick Rose. I hope the Knicks will one day retire 4, 8 (Nat Clifton), 9 (Richie Guerin) and 30 (Bernard King). These legendary Hall of Fame players deserve it.

@MikeVacc: As regular readers of this column know, I’m now in Year 15 of trying to get Bernard’s No. 30 sent to the rafters, but this year does beg a question: Does Julius Randle playing with that number, as well as he has, which invites many mentions of King that would not normally happen, almost honor King’s legacy as much as a retired jersey would?

Brian Augello: In your article about championships, you left out Frankie Crosetti, Yankees legend. He wasn’t on the level of Jordan and Yogi, but he won 17 championships — eight as a player, nine as a coach. A remarkable career.

Vac: And that’s one record, for sure, you can mark down in ink. Won’t ever be approached.

Written By
admin
More from admin
[ad_1] New York’s lieutenant governor must reveal what she knows about the...
Read More