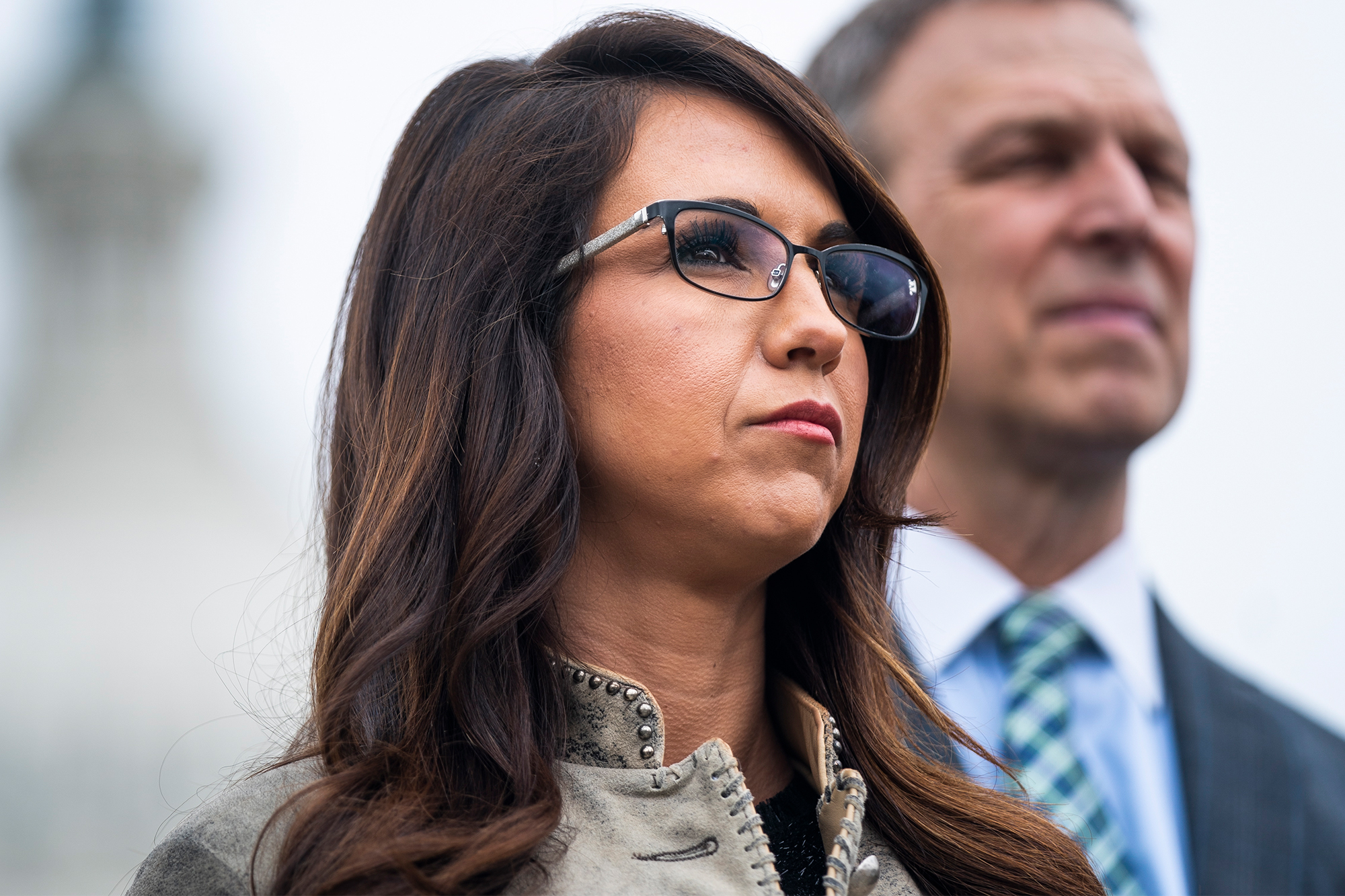 Colorado congresswoman Rep. Lauren Boebert is coming out defending the Second Amendment after the Boulder supermarket massacre that left 10 people dead, including a local cop.

Boebert — a Republican who represents the district just west of Boulder — sent supporters an email with the subject line “I told Beto ‘HELL NO’ to taking our guns. Now we need to tell Joe Biden,” according to journalist David Gura.

The conservative’s missive was sent just two hours after Monday’s shooting, and asked for support to fight the “radical gun-grabbing left,” which she said is working to “violate your due process and criminalize the private transfer of firearms.”

About an hour later, Boebert addressed the shootings online, tweeting: “My prayers are with the shoppers, employees, first responders & others affected by the shooting in Boulder.”

She posted another tweet on Tuesday, with another direct defense of the right to bear arms.

“Joe Biden has wasted no time politicizing the attack in Boulder yesterday by calling for an assault weapons ban & other infringements on our Second Amendment,” Boebert wrote.

The mother of four carries her gun around Washington DC and fought to pack heat in the US Capitol.

The recent shootings in Boulder and metro-Atlanta have spurred President Biden to call for gun control legislation and is even considering possible executive orders.