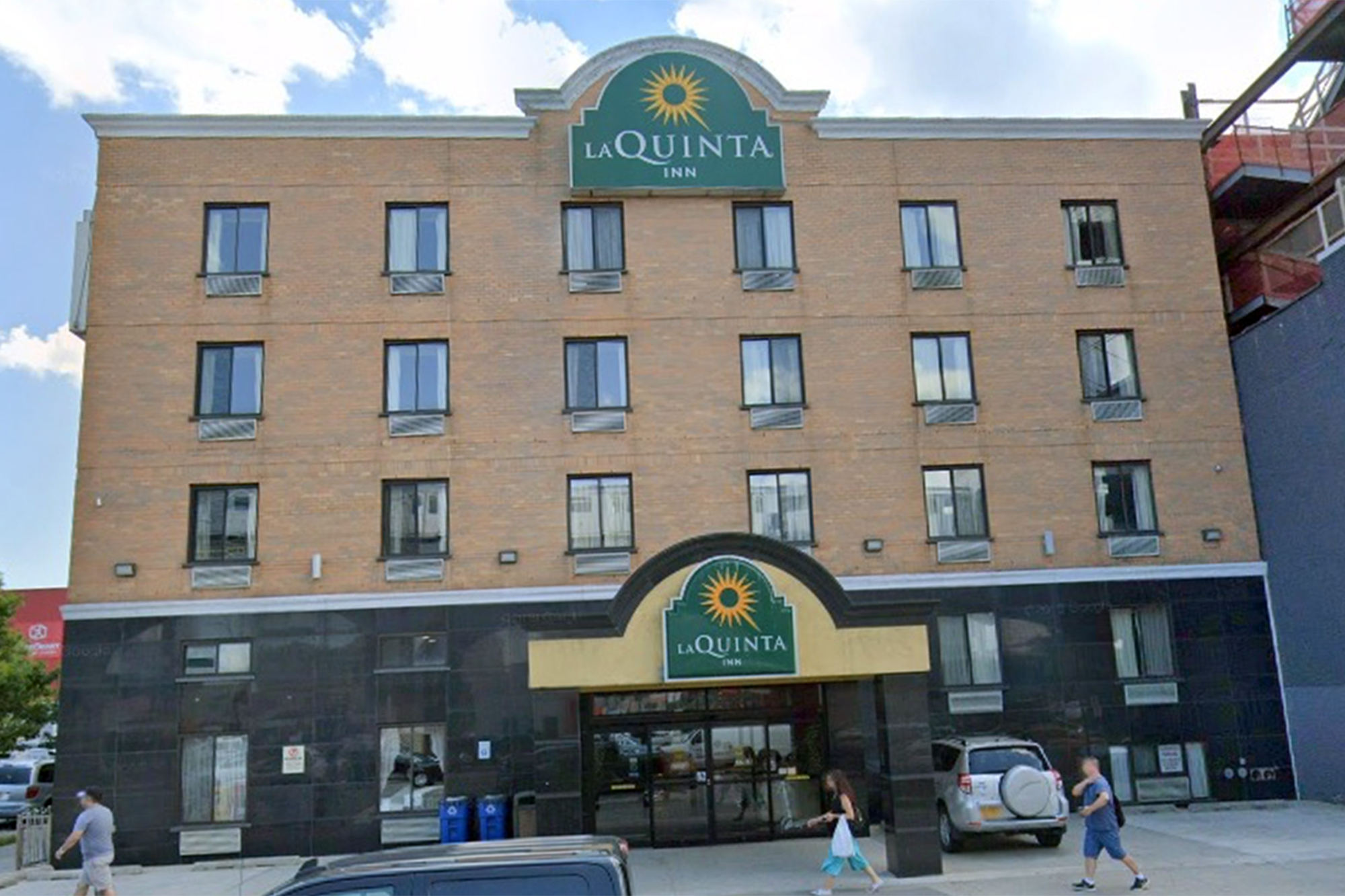 A man has been busted for allegedly holding a 13-year-old girl at a Queens hotel overnight, plying her with alcohol and marijuana and taking naked photos of her, police and police sources said Thursday.

Lawrence Winslow, 27, allegedly held the girl at the La Quinta Inn on Queens Boulevard in Long Island City from around 7 p.m. Tuesday until 11 a.m. Wednesday, according to cops.

While she was there, the man “forcibly removed her clothes, held her down and took pictures,” police said.

The girl told police she was given marijuana and alcohol, police sources said.

Winslow, who is from Pennsylvania, was charged with unlawful surveillance, acting in a manner injurious to a child and unlawful imprisonment, according to cops. There was at least one other person in the room, police said.

He has four prior arrests in the city, including three robberies and one possession of a forged instrument.

The girl was taken to Elmhurst General Hospital, but police do not believe there was intercourse at this time.