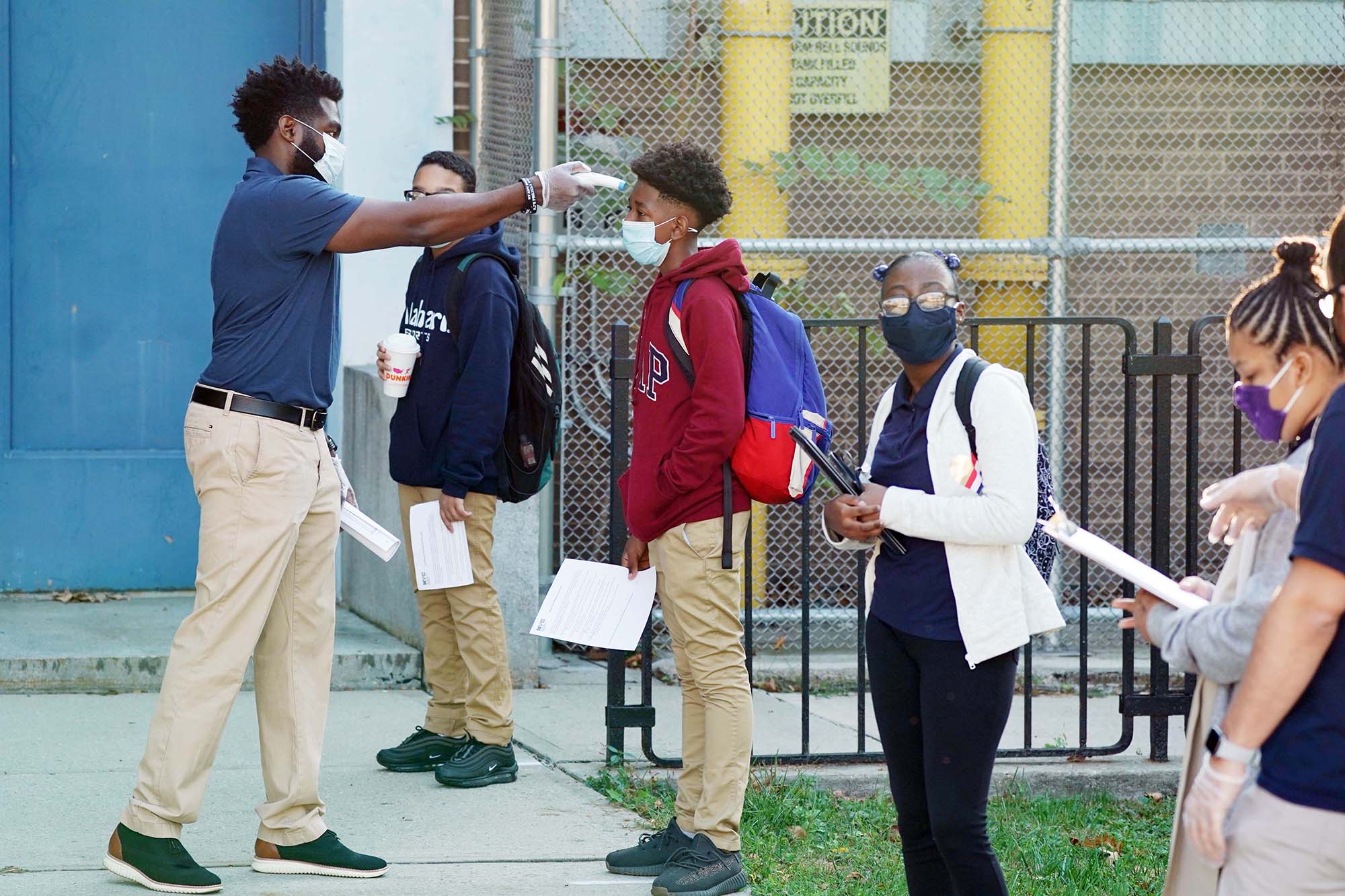 Mayor Bill de Blasio’s so-called “gold standard” school-reopening performance is a bitter joke to many angry city parents who’ve panned his effort as a “farce” and a failure.

Yet exemptions from in-person work for teachers leave many “in person” classes facing a teacher on a screen. And the rules for re-closing schools, if two staff or students test positive, have had hundreds of buildings shut down again for up to two weeks, surprise disruptions that have parents tearing out their hair.

De Blasio hints that he is mulling allowing more students and teachers back into school rooms. But teacher’s union boss Michael Mulgrew says he’s not ready to rework the rules. He won’t even endorse new CDC recommendations that would reduce social distancing from 6 feet to 3 feet.

You see why mayoral wannabe Andrew Yang blames the United Federation of Teachers for the nightmare: “I will confess to being a parent that has been frustrated by how slow our schools have been to open, and I do believe that the UFT has been a significant reason why our schools have been slow to open,” Yang told Politico.

As the dad of a kindergartener, Yang knows first-hand the emotional and academic toll shuttered schools have had on children and parents. And self-described “Math guy” Yang understands the data showing neither small children nor school buildings are disease vectors.

His comments — including pro-charter school ones — won’t endear him to the powerful union, but his truth-telling surely resonates with frustrated public-school parents. And they are legion.

New York City’s next mayor will need to take on Mulgrew, the UFT and others intent on ridding the system of standards and accountability and on thwarting the growth of charters in communities hit hardest by the pandemic.

It is a fight well worth taking on.