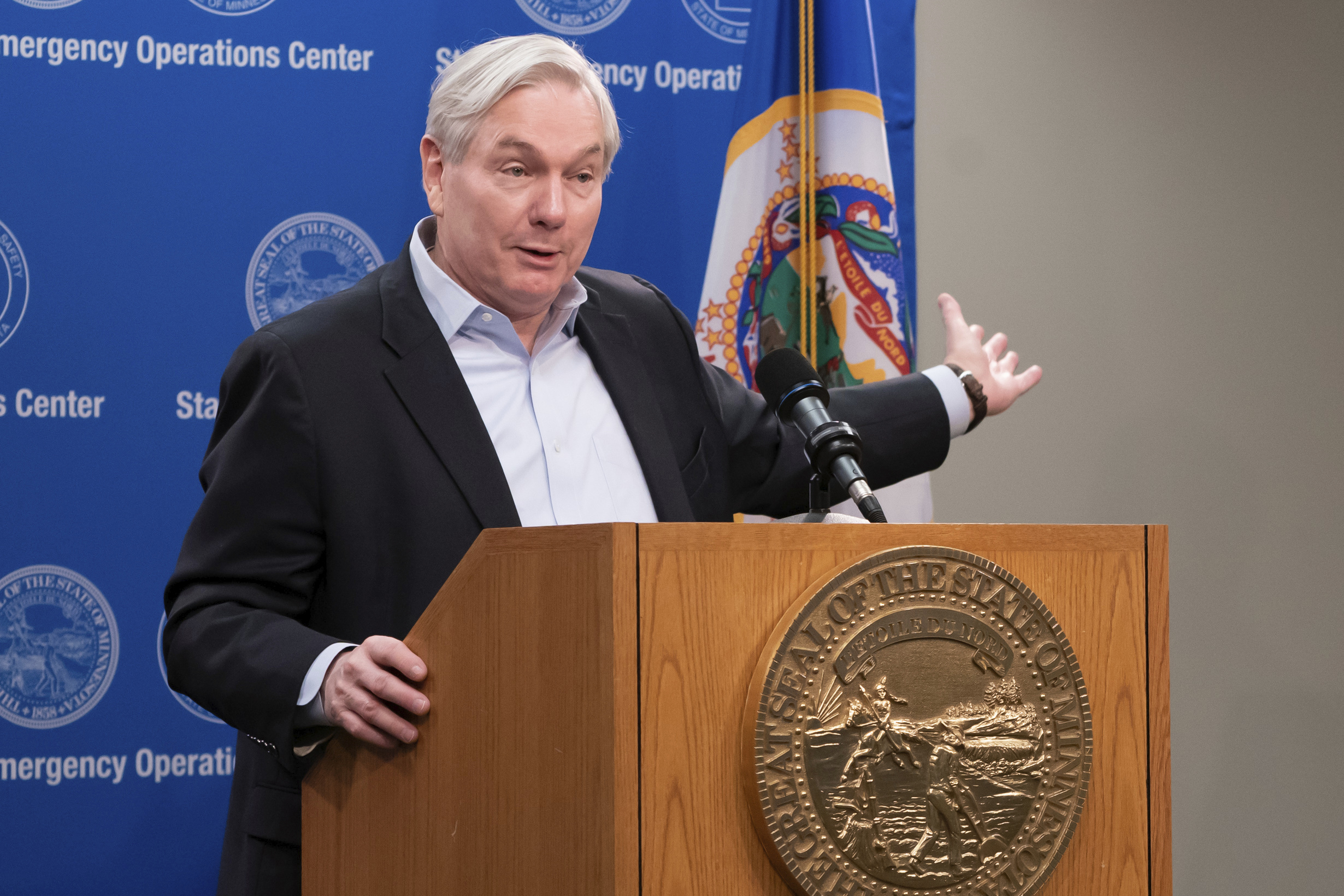 An infectious diseases expert is denying claims from Gov. Andrew Cuomo’s administration that he’s served as a “chief advisor” who spoke with the governor on a “regular basis” — saying the pair have only had “one five-minute conversation in my entire life.”

Dr. Michael Osterholm, director of the Center for Infectious Disease Research and Policy at the University of Minnesota, went on PBS’ “Firing Line with Margaret Hoover” where he was asked what he thought about Cuomo’s COVID-19 response, and the nursing home scandal — which is under investigation by the FBI and the Eastern District of New York US Attorney’s Office.

“First of all, I haven’t had, not had anything to do with his nursing home activity at all,” Osterholm says, according to a preview of an upcoming episode. “I came on basically in early June only just to review data on a weekly basis; did it meet the standards that they had set?”

The epidemiologist clarified that he’s never spoken to Cuomo until recently.

“I’ve had one, five-minute conversation in my entire life with Gov. Cuomo, just a few weeks ago when he called me, just to congratulate me on a TV program appearance,” he added.

Host Margaret Hoover pressed Osterholm that his answer is entirely different than what Cuomo’s administration claims, which is that he’s served as the governor’s chief adviser during the pandemic response.

“You said you’ve only spoken to Governor Cuomo once, but one of his top aides said that [Cuomo] spoke to you on a regular basis, that you were one of his top advisors,” she says.

“That’s absolutely not true,” Osterholm replies. “Never true. I’ve had one, five-minute conversation, which was a surprise.”

Cuomo top aide Melissa DeRosa — in response to a New York Times article stating that nine top health advisers quit because Cuomo didn’t value their advice — told lawmakers last week that Dr. Anthony Fauci and Osterholm are considered to be the governor’s “chief advisors,” according to a transcript obtained by Politico that offered new details into their conversation.

Osterholm reiterated in the PBS interview that his role was just to review data as he was told to do by Cuomo’s staff.

“I have a paper trail of all of the emails,” he added. “All I ever was asked to do is did this meet the red, green, or yellow zone numbers? And that was it. I’ve never, I’ve not had a discussion with him and I’ve not met with any of them. I’ve never had a Zoom call with any of them.”

The Post exclusively revealed last week that DeRosa privately admitted to Democratic lawmakers that the administration hid nursing home death numbers over fears that they would be prosecuted by federal prosecutors.

DeRosa’s bombshell admission prompted lawmakers on both sides of the aisle to call for an investigation.

Cuomo spokesman Rich Azzopardi previously said in response to the federal probe, “As we publicly said, DOJ has been looking into this for months. We have been cooperating with them and we will continue to.”

Written By
admin
More from admin
[ad_1] Here’s a look at some team trends that have been paying...
Read More