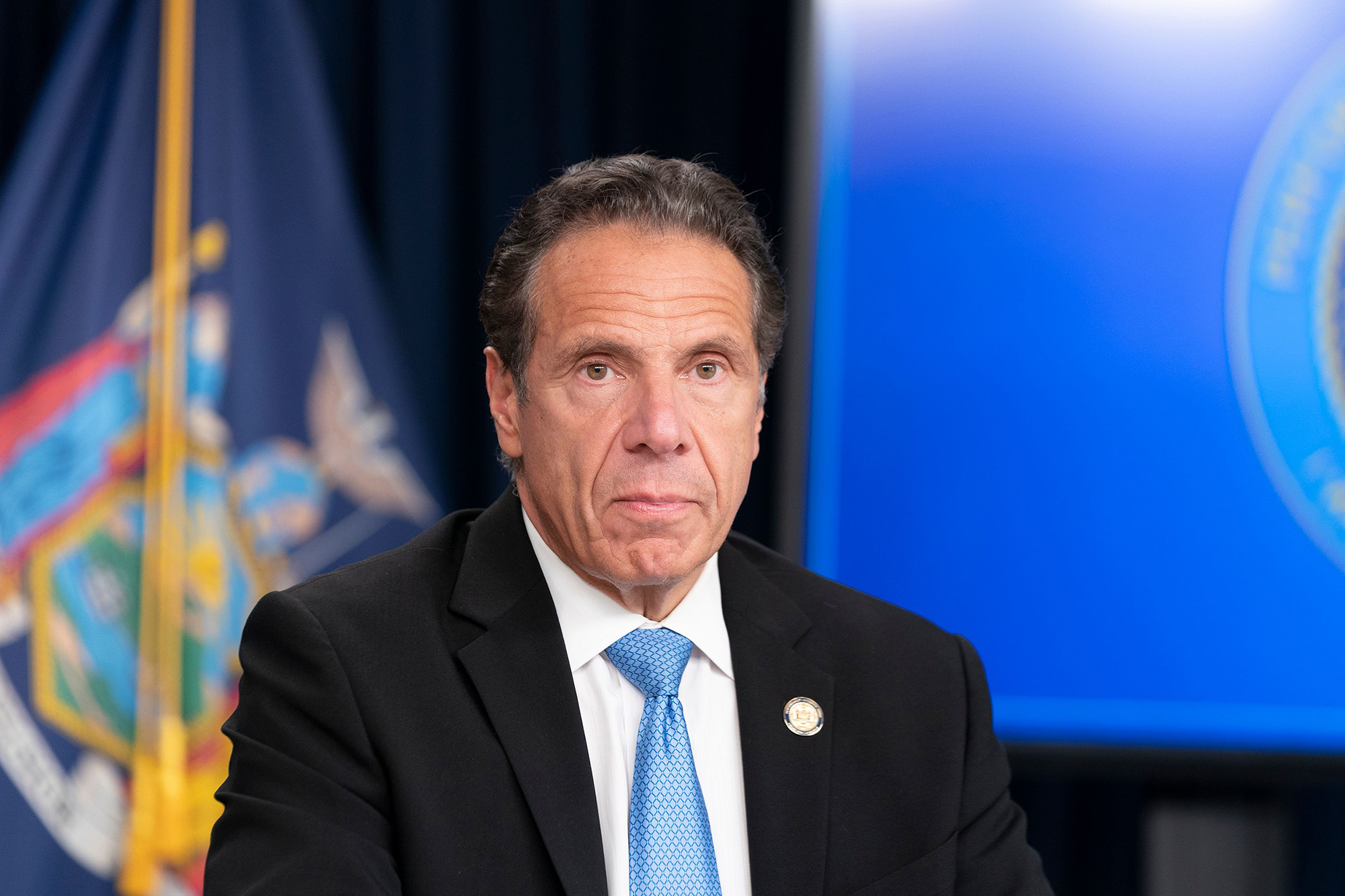 The Issue: Politicians’ call for Gov. Cuomo to step down due to harassment, but not nursing-home deaths.

Steve Cuozzo absolutely nailed it when he pointed out how misplaced New York politicians’ priorities are when they consider sex harassment more important than mass death (“Push comes to gov,” PostScript, March 14).

As terrible as Cuomo’s alleged behavior toward women was, these ladies have lived to tell their stories — unlike the nursing-home victims.

Until recently, Cuomo enjoyed dictatorial powers in this state. Those powers were conferred upon him by our esteemed legislators to combat the pandemic.

Some 15,000 people died in New York nursing homes. Yet it took a sex scandal to get the woke crowd to wake up and do something about it.

Displaying yet again their cravenness, Sens. Chuck Schumer and Kirsten Gillibrand only recently found the intestinal fortitude to condemn Cuomo for his predatory sexual behavior because, using the earlier opinions of others as a shield, it is politically safe for them to do so.

Where was their denunciation concerning the thousands who died in nursing homes after Cuomo sent in infectious patients? This is leadership?

Cuozzo nails it regarding Cuomo. To paraphrase the lyric made famous by Marilyn Monroe, a kiss on the hand may be quite Cuomosexual — but what amounts to murder of 15,000 vulnerable souls is light years away from unwanted attention, groping or taunting.

That Democrats basically ignored the nursing-home debacle and turned on their beloved Luv Guv only when the harassment allegations surfaced exposes their twisted priorities.

As for Cuomo, to continue the song parody, he is no one’s best friend —except, in the way of malignant narcissists, his own.

﻿Times are rough when the dregs of Democrats come out asking for you to resign.

Reps. Alexandria Ocasio-Cortez and Jerry Nadler and Sen. Schumer are bottom-of-the-barrel Democrats only looking to make themselves look good by asking Cuomo, the pompous pervert and cover-up expert, to resign like a real man. Even Mayor Useless is pounding the gavel against his rival.

But the king will continue to embarrass himself, and we can almost guarantee more victims of this pervert will step forward. Never forget he killed thousands of people with his mandate as well.

Cuomo is very savvy to “ignore” calls to resign amid sexual allegations and hiding the phenomenal number of seniors who died at nursing homes under his direction.

It’s more than a year until the next election. Sadly, Cuomo will be salaried until then. Rather than waste more state funds to remove him in any way, the Legislature should “ignore” any directives from Cuomo, who was overwhelmingly asked to resign, but would not.

The media and the political class are ready to throw the rule of law under the bus by calling for Cuomo to resign.

They ignore that all individuals are entitled to defend themselves via the legal process.

How many of the political class would want to be tried by a public kangaroo court and not by a fair trial?

We are a democratic republic, not a banana republic. Let the legal process determine the outcome.

I find it sickening and suspicious that Schumer, Gillibrand, Nadler and Ocasio-Cortez are demanding Cuomo’s resignation due to sexual harassment.

The discomfort and embarrassment that the women experienced pales in comparison to the suffering and anguish that went on in nursing homes and rehab facilities.

These politicians want to get rid of the governor, so that attention is taken off these senseless deaths. Let’s examine this terrible crime.

Want to weigh in on today’s stories? Send your thoughts (along with your full name and city of residence) to [email protected]. Letters are subject to editing for clarity, length, accuracy and style.

Written By
admin
More from admin
[ad_1] I don’t know about you, but I’m really looking forward to...
Read More