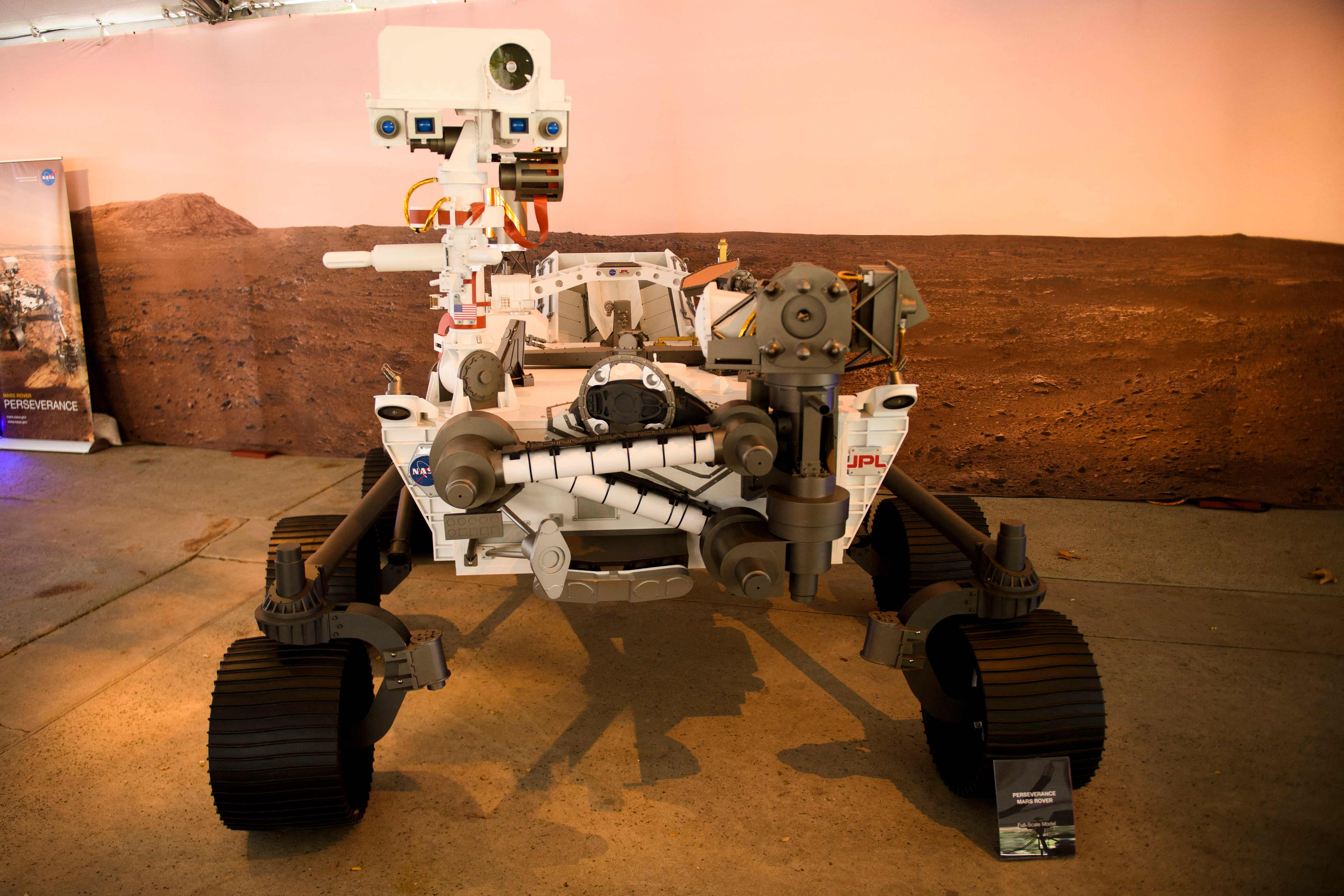 NASA staffers clapped and cheered as they announced at around 3:55 p.m. that the SUV-sized rover had completed its 293 million mile, seven-month journey to the Red Planet.

The spacecraft streaked into the Martian atmosphere at around 12,000 miles per hour beginning at 3:48 p.m.

It then executed a series of complex, self-guided maneuvers to slow its descent and land successfully.

NASA engineers half-jokingly refer to the nail-biting period from when the rover enters the atmosphere to when it lands as the “seven minutes of terror.”

The spacecraft landed in the Jezero Crater area of the Red Planet, an ancient lake bed where scientists hope to find signs of fossilized life.

Because it takes 11 minutes for radio waves to travel one way between Mars and Earth, the rover will have already reached the Martian surface by the time mission control found out if the mission was a success.

The touchdown marks an end to the spacecraft’s 293 million mile, seven-month journey.

Once on Mars, it will search for signs of ancient life and gather rocks, dust and soil samples that it will bring back to Earth. It will also try out technologies that could eventually help the dry planet support human life.