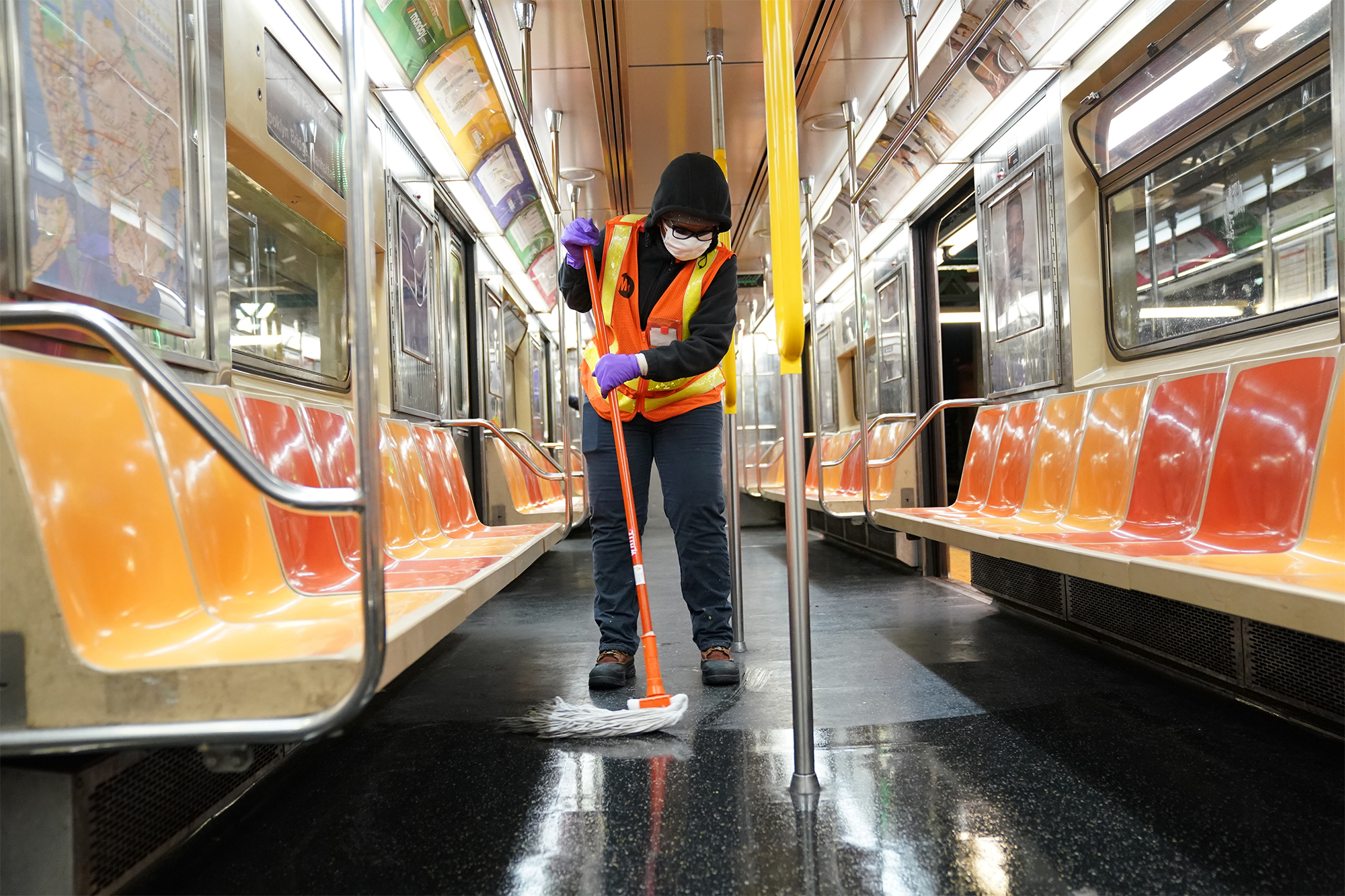 The MTA continue splashing out for its $300 million-per-year subway cleaning effort into the future — even as the COVID-19 crisis that spurred the practice winds down, officials said Tuesday.

Gov. Andrew Cuomo and transit officials instituted the “24/7” subway cleaning effort in the spring as ridership cratered in the face of the COVID-19 pandemic — at a cost of $250 million, MTA budget director David Keller told city council members during budget hearing

The authority has spent another $44 million so far this year, Keller said.

“We anticipate to spend about $300 million dollars more on an annual basis going forward,” he testified.

Some transit advocates have dismissed the expense as “hygiene theater” — pointing to scientific evidence that coronavirus “does not spread easily” through surfaces.

The MTA has persisted with its disinfecting strategy, however, arguing that even the smallest threat of catching the virus deters potential riders.

MTA surveys have also shown overwhelming support among riders for the cleaning regimen.

On Monday, State Sen. Leroy Comrie (D-Queens), who chairs the committee responsible for MTA oversight, endorsed the continued spending on cleaning and disinfecting — saying cleaner trains, buses and stations are essential to “restore faith in the subways.”

“I don’t think its hygiene theater at all. I think that, clearly in the beginning [of the pandemic], there was a real paranoia about how you got infected,” Comrie said during a panel hosted by Manhattan think-tank Transit Center.

“One of the big issues with the ridership before was the level of cleanliness in the cars and the stations,” he said.

“I don’t think [the cleaning] should abate at all. It should probably stay permanent– because who know what the next issue is? And even if we don’t face another health crisis or viral crisis, the improvement of cleanliness and the subways is important.”