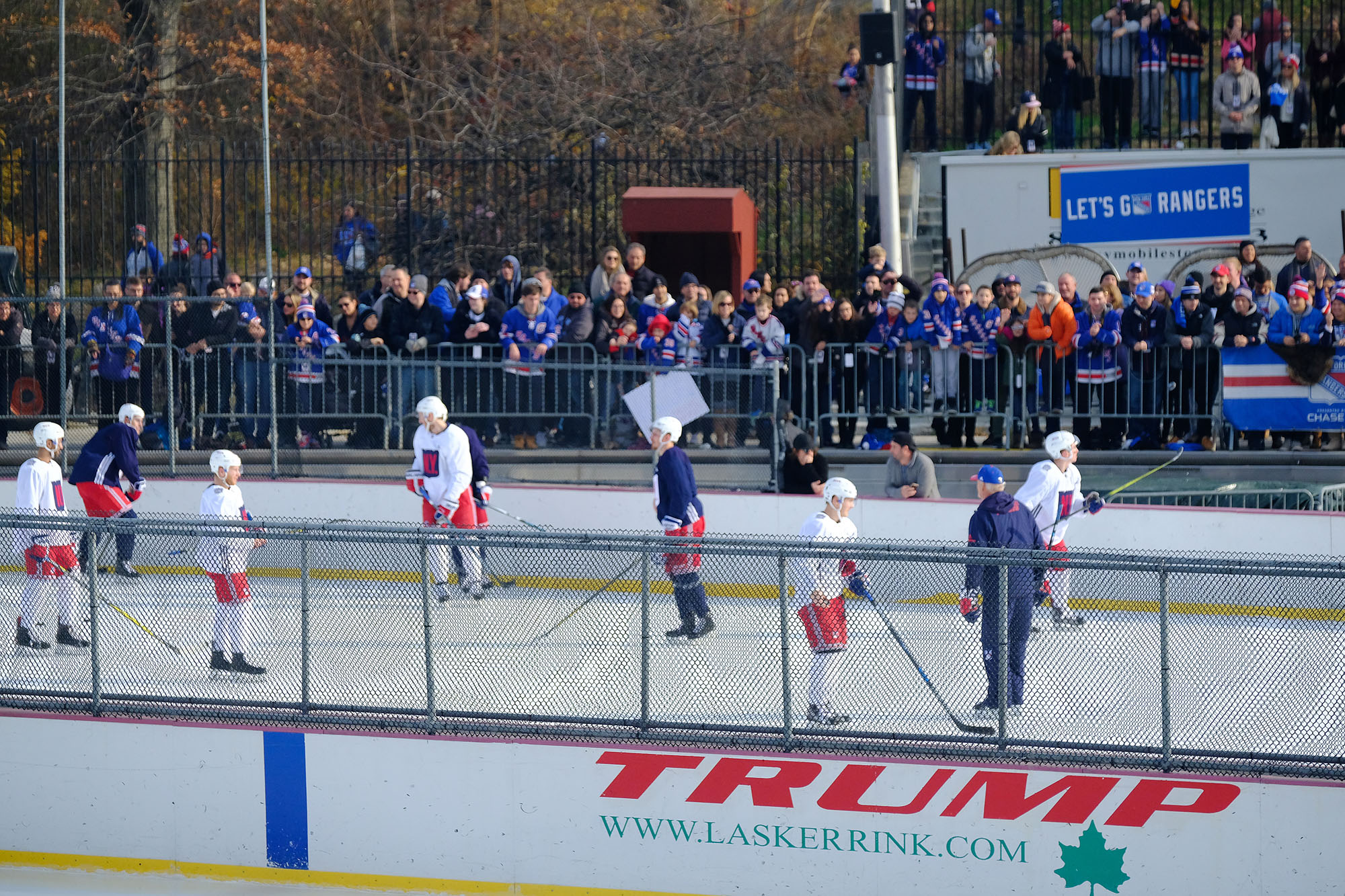 Skaters arriving at Central Park’s two ice rinks are in for a cold awakening next week — the rinks, which are both managed by the Trump Organization, are being shuttered by City Hall to punish the former president for the deadly Jan. 6 Capitol riot, The Post has learned.

The Trump Organization says its last day of operating the iconic Wollman Rink and the smaller Lasker Rink at the park’s northern end will be Sunday.

The rink contracts had been set to expire in April, but Mayor de Blasio has moved to ice Trump out a month early, effective Feb. 26.

The Trump Organization is closing its doors after close of business on Sunday, so it will have time to pack up its belongings — including some 1,700 pairs of ice skates — and move out.

The city is terminating all four of its Trump Organization concession contracts.

“Trump has been impeached from operating the ice rink,” a de Blasio spokesman had said Jan. 31 in announcing the concession terminations for Wollman Rink, along with Lasker Rink, the Central Park Carousel and Trump Golf Links at Ferry Point in the Bronx.

On a typical season, the two Central Park rinks operate through March and into early April. The carousel never opened for the season and remains closed due to the pandemic; the golf course closed for the season in December.

“Despite our appeals to the City to allow us to continue operations through the duration of the skating season — which would not only save the jobs of nearly 250 individuals who work or otherwise provide services Wollman and Lasker Rinks, but also allow us to continue to provide the numerous public skating sessions and skating and hockey programs that we host on a daily basis — the City rejected our efforts,” the Trump Organization told The Post in a statement.

Executive Vice President Eric Trump, the former commander in chief’s son, slammed de Blasio for being “petty” in ending the contracts, and said he was saddened that kids would be kept off the ice.

“The city is saying in effect, ‘We don’t care if it destroys the skating season; we want you out now,’” Trump told The Post. “This is one of the only things that kids can do” for outdoor winter recreation, he noted.

“The mayor is absolutely petty. This isn’t about us, this is about the people of the city who come here to skate and disabled kids who joined hockey teams and others who joined skating school and take lessons every week,” Trump added.

The Trump Organization is appealing the contract terminations, including the city’s attempt to kick it out of the Trump Golf Links at Ferry Point, a contract worth millions and which has 18 more years left to run.

“If they terminate, they will owe us $35 million,” Trump said.

Donald Trump rebuilt then then-run-down Wollman Rink at the park’s southern end in the summer of 1986, and it has since been a haven for families looking to skate and play hockey.

The Mayor’s Office could not immediately explain why the rinks were being closed without replacement concessionaires in place when asked late Friday.

The Parks Department confirmed to The Post that it had delivered a termination notice to the Trump Organization on January 15 with an effective date of Feb. 26 for both rinks.

The department is still looking for concessionaires to fill the gap, a spokeswoman said.

Companies have a March 19 deadline to submit their proposals.

“We are working diligently through our competitive RFP process to secure new operators for these great amenities so as not to impact the respective seasons,” Parks spokeswoman Crystal Howard said.

The smaller Lasker Rink had already been set to close for renovations, the department said, as part of a $150 million rebuild also encompassing the Lasker Pool, but ground breaking was not slated to begin there until the spring, according to the Central Park Conservancy website.