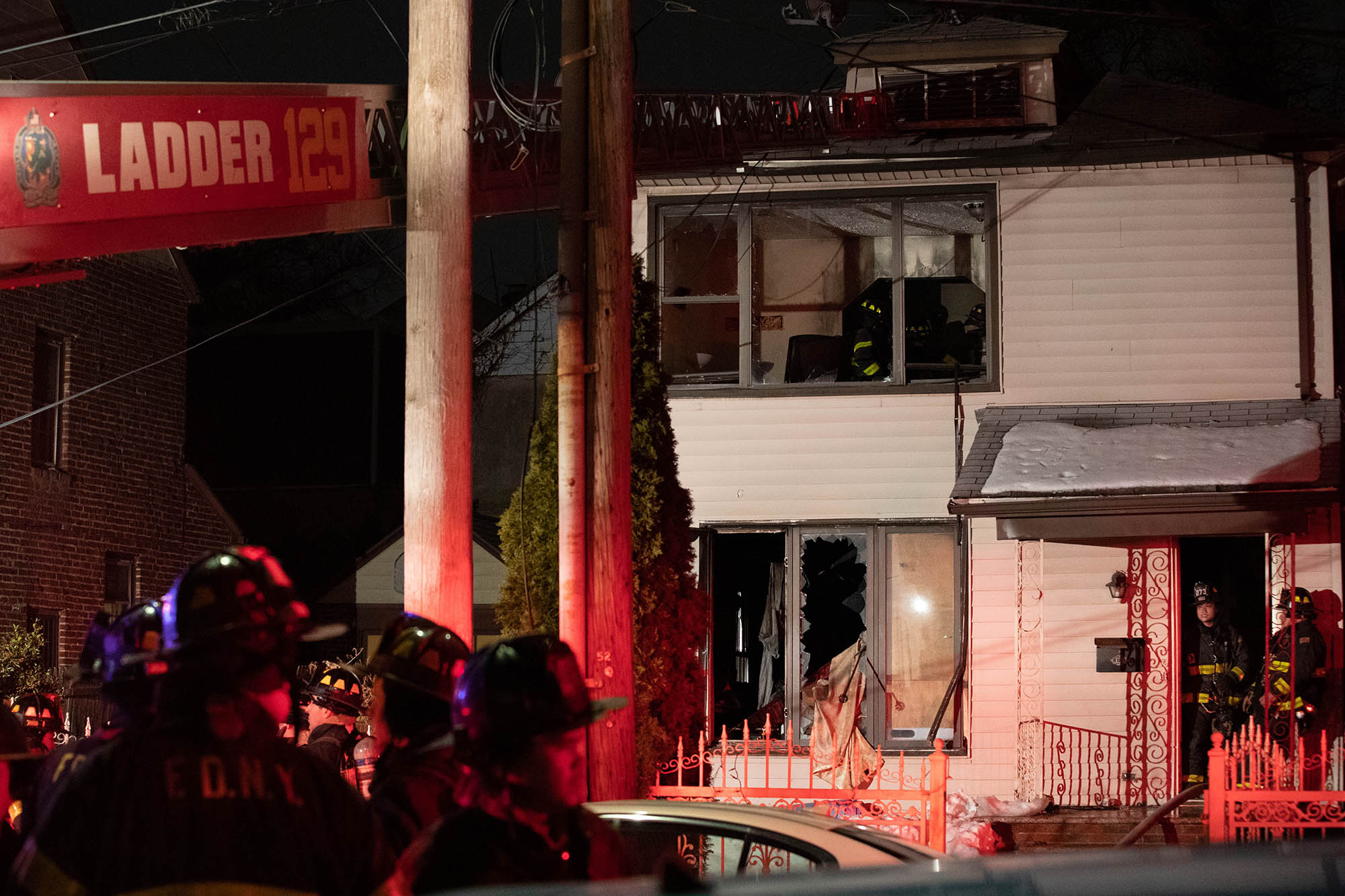 The Queens blaze that killed a 6-year-old boy and his 65-year-old father earlier this week was accidental — and the smoke alarm was not activated in the home, the FDNY confirmed.

The early morning fire, which broke out in a home on 157th Street near 46th Avenue in East Flushing, began in the exterior shed and extended to the rear of the house, the department said.

Stephen Blumling, 65, and Shawn Blumling, 6, were discovered unconscious and unresponsive inside the rear bedroom, police said. Both were pronounced dead at the scene.

Investigators confirmed there was a smoke alarm in the house, but it was not activated.

The boy’s twin brother was able to escape the blaze and was taken to Jacobi Medical Center for second-degree burns on his face and hands, according to police sources.

Two firefighters suffered minor injuries — one was taken to Weill Cornell Medical Center, and the other went to Queens Hospital, the FDNY said.

Smokeaters fought the flames for more than an hour before the fire was placed under control.

Written By
admin
More from admin
[ad_1] Humanity has hit Tok bottom. Created in 2016 as a portal...
Read More