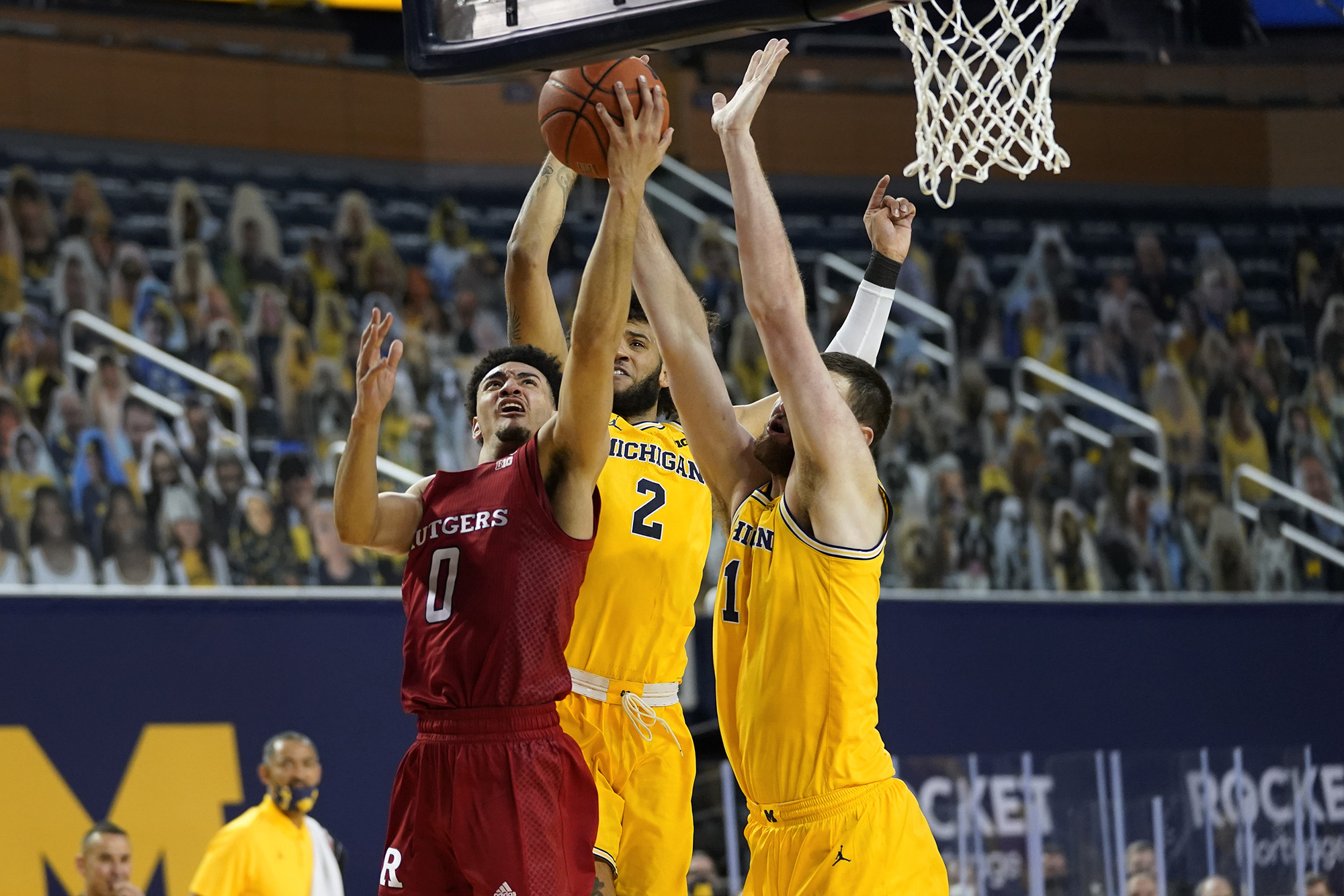 For 6 minutes 44 seconds, Michigan failed to score from the field. It managed just one point in that time. The team ranked seventh in the country in offensive efficiency was getting handcuffed by Rutgers — and it didn’t matter.

The problem? The Scarlet Knights’ offense managed just six points in that span. It was hardly able to make a dent in their big deficit. It was their chance and this team’s continued offensive struggles against quality teams was its undoing in a 71-64 loss to No. 3 Michigan in Ann Arbor, Mich., that wasn’t close as the final score indicated.

It wasn’t just this stretch in the second half. The entire game was a struggle on the offensive end. Rutgers shot 40 percent from the field and hit only 3 of 12 from 3-point range in losing for the second time in three games. Obviously, part of that was Michigan’s active and menacing defense that allowed few good looks and challenged everything at the rim, but the Scarlet Knights didn’t get nearly enough from stars Geo Baker and Ron Harper Jr., who shot a combined 6-for-22 in scoring a total of 18 points.

Most of those setbacks, though, were competitive. Thursday night was one-sided.

Despite only getting a combined eight points from leading scorers Isaiah Livers and Hunter Dickinson, Michigan was up 37-28 at halftime. Rutgers’ defense was sound — the Wolverines only went to the free-throw line four times and hit just four 3-pointers — but its offense remained a problem, shooting just 37.5 percent from the field. There were too many rushed shots, lower-percentage attempts against Michigan’s size in the paint.

Michigan’s offense woke up right after the break. The Wolverines quickly built a 15-point lead on the strength of an 8-0 run that included consecutive baskets from Dickinson and Livers. Rutgers’ usually stingy defense didn’t have an answer for Michigan’s balance, ball movement and shot-making. The lead was extended to 17 after a Dickinson slam, and the Scarlet Knights never really threatened. The offense precluded them from doing so.

Written By
admin
More from admin
[ad_1] A black Florida school resource officer was fired after he was...
Read More